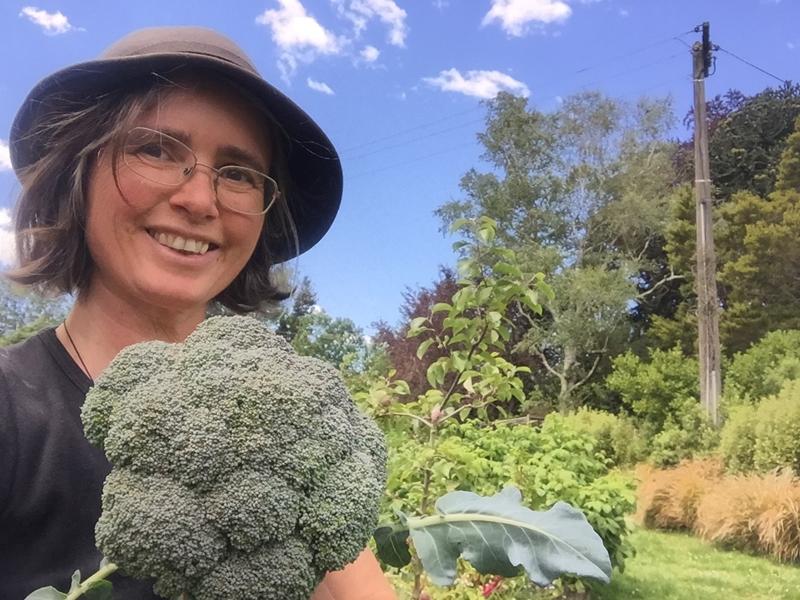 Mojo Mathers is a former Green Party MP from New Zealand. She is deaf and was in parliament from 2011 to 2017.

What made you want to become an MP?

My journey into politics didnât start with an ambition to become an MP; it started with a desire to protect a local river from a proposal to build a large scale dam for irrigation and conversion of the Canterbury plains to intensive dairying. While lobbying against that proposal, I gained a public profile in my local community. Because of this I was approached by the Green Party to stand for them in the 2005 general election. As I identified as an environmentalist, standing for the Green Party felt like a natural thing to do.

When I first stood for the Green Party, it was not with any idea that I could actually become an MP. I stood, as many Green candidates do, in order to wave the Green Party flag and build support for Green solutions.

How supportive were the people in your party?

When I first stood in 2005 the support I had was very variable. Some people were incredibly supportive and encouraging while others could not get their heads around the idea that a deaf person could actually become an MP and do the job well. At times the tension this created was very difficult to deal with.

If you were in a major party could you have gotten elected representing an electorate?

Furthermore, as no deaf person had been elected to parliament in NZ before, there was no way I would have been able to address all concerns that would have been raised about being able to be an MP.

To be frank, before my election I was not totally confident that I could in fact do the job of being an MP. It simply was not possible to identify beforehand what all the barriers would be for a deaf person in that role, let alone know if these barriers could be removed.

How did members of other parties and the general population treat you?

I found that there was a genuine willingness to make accommodation for me across the political spectrum that was very encouraging. For example, when I asked questions in the house, the Ministers would change their seat so as to be as close to me as possible and they turned to face me so that I could see their responses rather than have to rely on my transcribers. These actions, while they may sound simple, made a huge difference for me.

I also found the wider population to be generally good to work with, though aspects of networking were challenging for me. For example, I rarely attended social functions that were hosted by different organizations as these were not usually accessible for me.

Why do you think there are not more MPs with disabilities?

There are structural barriers every step of the way for aspiring MPâs who are disabled. Political parties are themselves not very accessible in the way that they operate, and candidate selection processes across the board are not particularly accessible or inclusive. While the need for gender balance and Maori representation is generally well understood, there is still a long way to go to build an equivalent understanding of the importance of disability representation. I am hopeful that the Election Access Fund which I initiated and which was championed by MP Chloe Swarbrick and had unanimous cross party support will encourage more disabled people to put themselves forwards as candidates in the 2023 election.

Why do you think that the two major parties have avoided getting disabled MPs?

I think there are many factors involved that contribute to parties avoiding placing disabled candidates in electable positions. One factor is risk avoidance, as they do not think disabled MPs will "perform" as well as non-disabled MPs. Furthermore MP's who openly identify as disabled can be subject to much greater personal scrutiny by the media and there can be concern that this will distract from the platform of their party.

In your opinion how would political parties make the candidate selection process more accessible?

In terms of candidate selection processes, one step that could be taken is for each party to do an internal review of their selection processes (led by disabled members) to identify what can be done to ensure that they are accessible and inclusive.

For example, in the Green Party at my last candidate list ranking conference in 2017, I had access to NZSL interpreters and transcribers throughout the conference, with the ability to choose which was most appropriate for each activity. It was the first time I had anything approaching a level platform for this pivotal conference and I suspect that this contributed to me gaining my highest ranking on the initial list that I had in 5 list ranking conferences.

How good are politicians at listening to the disability community?

On an individual basis I think most politicians do a reasonable job of listening and many will take some action at the constituent level. The real issue is the lack of political will to make structural or systemic change happen in order to improve outcomes for disabled people. Driving such change requires strong commitment from individual MPâs, and also needs to be backed by the leadership of their parties.

Do you think that more politicians with disabilities would help other politicians listen to our community more?

What advice would you give aspiring MPs with disabilities?

Itâs not easy to put yourself out there for public scrutiny. You need to be clear about why you want to be an MP and what change you want to make happen. Do an honest self-assessment of your skills and strengths. Ask yourself what have you done in your community to build support for something or to get something through? These are a good indication whether you have the skill set needed to be an effective MP. You will need to be a member of a political party and understand how your party operates. It is really important to have a strong personal support network and heaps of resilience to see you through the tough times.

Click here for our article on disability and politics