Voting Issues And The Political System 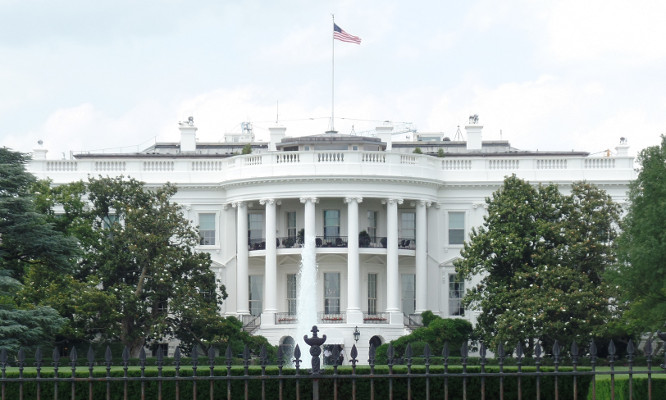 It's election year, somewhere in the world and voting turn out for people with disabilities is much lower than everybody else. They face extra barriers both in and out of the voting booth.

Voting booths should be accessible wherever they are, this should go without saying. Voting booths need to be in an accessible building and wide enough to fit a standard wheelchair. It's important that any early voting places also have these standards. I know that I voted early last time to avoid the crowds. Some people that have disabilities may think that this is a good option.

Transport is also an issue; if you use a wheelchair you may require a taxi to go places that are further away. Ideally booths would be spread out throughout the city, so this may not be an issue. If you are booking a taxi there is no harm in booking in advance.

I would hope any care homes would use their vehicles to take their residents to the booths. I would advise political groups to contact care homes to ensure that this happens, arranging a visit to campaign is a good idea too. Another option would be getting an electoral officer to come to the care home so people can vote.

Some people cannot write for themselves and would need a carer to do it. It's worth making sure that they tick the right box. If they don't, take someone else next time. Online voting could be a possible solution however in my opinion would be very easy to fudge the numbers.

Countries such as New Zealand do have phone voting available for those who need it.

Voter apathy is also a problem. People with disabilities may feel disconnected from the political process. Governments always use the creation of new jobs jobs to get people to vote for them but rarely address the lack of employment opportunities that people experiencing disabilities face.. Considering the number of people having disabilities is increasing in some countries recently politicians should do more to reach out.

Voter ID could be a barrier in places such as the United States of America; this is a particular issue for people who live in red states. If you cannot drive, you won't have a driver's license. Getting another ID may also cost money that you don't have, if you have to rely on taxis then the costs also increase. While there are exemptions to laws some polling operators don't know who qualifies.

People that live with a disability are 20% of the population. This is theoretically enough to sway elections but this doesn't consider that most people are unlikely to be swing voters. Many people just stick with a particular political party that members of their family have always voted for.

While so much funding disability comes from governments it is critical that people who have disabilities get to vote and be involved in the political process. This also means joining political parties and making your voice heard in terms of policy formation. You may additionally want to encourage other people with disabilities to vote.

Disability organizations also need to step up, while you typically can't advocate for any political party you could possibly remind people to vote, it could make a difference to their life.

Beyond voting it's important for people that live with disabilities to become active in political parties. You would first have to choose a political party then get involved in your local branch. You may have to push for them to hold meetings in accessible places.

Some political parties have branches that are devoted to disability issues. These branches can exist on a local and/or national level. If none exists you may want to start one but this will require some work.

Disability branches of political parties should be primarily focused on forming new policy to help the disability community. In my opinion there's very little point in being involved in politics if you're not pushing hard for changes.

Branches can be a good vehicle to invite candidates to listen to disability issues. Branches could also send questions to officials in government or spokespeople.

If the party gets into power it could be a good idea to track progress of the policies that they want implemented. This can be done by referring to the policies at the meetings and getting responses from government representatives when appropriate.

Going to meetings and keeping an eye on communications may be a good way to be aware of opportunities to forward your issues.

It is critical that people communicate frequently with the branches. Some people complain only after the policy is released and I don't think doing it is helpful. If you need policy implemented it is better to communicate it to every person that can help early in the political term.

It is possible that the reliance on public transport is a barrier for attending branch meetings. If they don't have enough money to travel to meetings, they won't. Offering funding for travel expenses might be a good solution.

Even if you hold a meeting at an accessibile place it's possible that some people may not be able to attend for reasons other than budget. Offering a way to join with video chat or Zoom might increase attendance at your meeting.

It's possible that the disability community isn't represented at every level of your party for example policy committees or the body that approves policy. I think that it is a good idea to push for maximum representation at every level of the party.

Regular contact with other parts of the party could be valuable especially if there's little disability representation in the other areas. Doing this could provide more opportunities to promote accessible and inclusive experiences.

The disability sector may want to have people in other sectors to give the sectors a disability point of view. As an example having someone in the women's sector could be helpful. A sector for seniors might also have some overlap in issues.

Another sector that you could possibly cooperate with is a worker's sectors since care workers may be part of it.

Certain places around the country may not be as accessible as others. Conferences in smaller cities can be problematic due to the lack of mobility taxis.

If you're holding a meeting then having it at a dedicated room may be useful as if another group is meeting at the same room it can be difficult for people who have hearing difficulties to participate. You might want to consider having a microphone to enhance the volume of voices. To prevent isolation you should have other groups meet nearby.

You may consider having a sign language interpreter. Having it on the ground floor with accessible toilets close by is a good idea.

When elections are held within the political party it's a good idea to contact the candidates and bring up disability issues.

It could be a good idea to attract other people that have disabilities and allies to the disability branch to give you strength in numbers. This also means that there would be people available to spread the work around.

It's possible that not all people in the disability branch will get along. This may lead to people not coming to meetings and this will weaken the branch. I would advise people with disabilities to put their differences aside and work together to ensure that disability branches are strong.

You should be aware that teams are a big thing in politics and some people do not like their team being criticized. However I believe that politics should be about issues and not teams or personalities. You should use your own judgment about if/when to criticize.

An issue I have noticed is that people with disabilities may be more ideologically driven and gravitate towards the more extreme parties that don't dictate policy. I think that this is not productive and people could be better off going to parties where the power is and promoting their ideas in there. Of course I am not suggesting changing sides entirely but I see no problem with disagreeing with your party on some issues as long as you can get more things done.

If you work at a disability organization you probably know people who can be convinced to join your party and branch. The same goes for your friends.

Another option is not joining a political party and lobbying the parties in power. If taking this route you may want to have friends on either side to voice your opinion to as this could compliment your lobbying. If you appear impartial you can meet with representatives regardless of who is in power and you would be taken more seriously even if they would disagree with your personal politics.

People can often submit on bills. Usually the bills that you can submit on will be on the website of the government houses. This is a good way to get issues across.

Depending on the country you can do the submission in writing or verbally.

If you're doing an oral submission my advice would be to keep it short.

People may respond to your submission better if it includes a personal story.

Some people do submissions with disability organizations. Ensure that it's clear who you represent. If you're doing it with an organization the organization would probably want to read over your written submission for approval.

If you're writing a submission alone you may want to get someone to read over it.

A group of friends or associates could work on submissions together if they find it better.

Other disability advocates have told me that politicians respond better to personal stories rather than facts and data. If you don't have a personal story maybe you could use a friend's or associate's story. Be sure everyone knows that it's not your own story and you have permission to tell it.

Petitions are another option if you want to get something on the redar of your house of representatives. This doesn't guarantee that the isssue will go any further.

Petitions with more signatures have a higher chance of going further. Share them with your friends, family and advocacy groups.

If your house of representatives have a petition listing page you could check it every so often. Perhaps there's a petition you may want to sign and promote.